Finally, back to being “online” after days living on a rainy, snowy mountain in Northern Italy w/o phone or internet service, I will share a brief report with more to follow.

First of all congratulations to 2012 WC 100km Championship, USA’s Amy Sproston! I am so very pleased for her and proud to be her teammate! Yay! She ran a great race! I’ll provide a link in a moment to see (read) the details!

As for me, my plan “A” to run 7:50-7:54:58 went bust. My intestines started giving me grief around 25km and I believe I spent at least ½ hour inside various Italian portapotties and more time ducking in the bushes and being afraid to drink/eat too much, not wanting to invoke “the port-a-port urge”.

Despite taking 2  immodium halfway through the run, I knew that as I continued to work as hard as I could, today would not be the day, I would contribute to a US Team medal. I felt very relieved Carolyn Smith and the eventual top girls were doing great.

Not to be. The stress of this helped invoke some external rotator/hamstring issues and between the GI issues and bio-mechanical stresses I hobbled along. I can’t remember wanting so much to ever withdraw from a race: ie: QUIT!  Afterall, at this point I had nothing to contribute to Team USA.

Yet I am a pig-head and since I was not endanger of hurting myself or anyone else and even with a list of 100 reasons to stop, there was no good reason to do so before I was done. Everyone gets uncomfortable during these events.

After some attitude adjustment I knew  there was NO WAY I was going to quit a World Championship because I felt bad and demoralized. So I went to plan “ZZ”: Just finish with integrity!  I walked, ran/ jogged when I could, visited port-a-potties and finished taking 2 hours longer than planed. True, moments I felt awful-bent over bloated belly cramps, and other times I felt the genuine support of the Italian people as they cheered me  the “back runner” me during my last lap. (I think I came in 11th from last)

At first as I continued on in my Team USA uniform and thought about placing in back of the pack, I was afraid of disgracing my country with such a bad finish-I though a DNF and claiming illness a cleaner image.  Yet as I continued on, I knew for me, I was out of the RACE, yet not out of the RUN. I experienced all sorts of emotions and confusion and discomfort and pain and ultimately was thrilled to have finished despite having to resort to Plan “ZZ”.

Again I reiterate my pride for my teammates, all of them and gratitude for the support and encouragement I received from USA runners, volunteers and staff as I struggled with my demons yesterday. These folks worked longer hours then they would have if I’d run well and I so appreciate their support to see me through.

A more well-rounded race/Italy “story” , with great photos, to follow after next weekend.
http://www.irunfar.com/ and http://www.iau-ultramarathon.org/ have complete results.
Posted by annette bednosky at 6:38 PM

Annette, you are one classy runner! Congrats on sticking with it and finishing. Sono fiero di te! Enjoy Italia!

That's why it's a team, you never know who might get struck with some bug. A huge congrats to ALL members of Team USA!

You should be very proud! Most people would have indeed given up. You gave everything you had that day.

You continue to inspire! :~)

Let me know if you'd like for me to work on those hams for ya'.

Annette,
While there are reason to DNF, especially in the face of injury, I really respect that you finished, especially while wearing the USA jersey. At 100k people are going to have bad days, keep your head up. Thanks for putting yourself on the line,

That takes some serious guts, and while you were leaving some of those out on the course, you had so, so much more to keep, to show, to use! Congrats to the Team USA, to each girl and guy, and to all together.

Annette, you showed true grit,& determination. To PERSEVERE is to INSPIRE. You are an inspiration to us all. Thanks for finishing.... Hold your head high!

We all know bad days happen - Doesn't change that its tough to take after so much work.

I was happy to hear you are not physcially injured.

I am excited for US ultra-running right now. Congrats to 100k Women (Dominant) and Men.

Hopefully this continues over to September for the 24 hour WC.

Thank you for sharing - Always great reading your blog

Sounds grueling! Still, I'd say you did USA proud!

Annette,
You are such an awesome teammate and person and I've so enjoyed our times spent together in both the Netherlands and Italy. So impressed with your gutsy finish on Sunday. Many others would have dropped but you showed your grit and heart by pushing through to the end. An honor to be your teammate, and I look forward to sharing more Team USA memories in the future. It was so nice to get to know George on this trip, as well, after hearing about him on your blog for so long. You two are awesome.

Big hugs, and a speedy recovery to you!
Amy

Thank you everyone for your kind, supportive words! I continue to celebrate Amy and Meghan and Pam and all of us (Strong Men too!)

George and I arrived home 1.5 hours ago. I look forward to getting some sleep and then being able to process this whole adventure and experience.
Thanks again for all the support!

Your weather just got better.

I am the race director for New River Trail 50k: our sponsors! 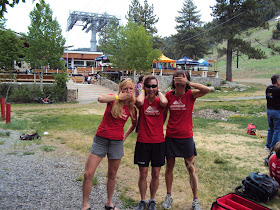 A great place to play

annette bednosky
My name is Annette Bednosky. I am 48 years old, a high school counselor by current profession and an adventurer at heart. My greatest fear is being bored! I have been an ultrarunner for 12 years and in 2012 had to withdraw from the Montrail/Mountain Hardwear Racing Team after 8 years due to a nervous system condition. I didn't run a step from January of 2013 until November of 2013. While I've returned to running, I have not returned to training seriously (yet) and am enjoying marathons and 50kms. I live in the mountains of Ashe County, North Carolina in a little town called Jefferson. My husband George and I live with 15 year old kitty named Mama Grey in a small house in town. Besides running, I spend time flower and veggie gardening, quilting, and I like to work out in the gym. 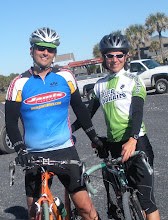